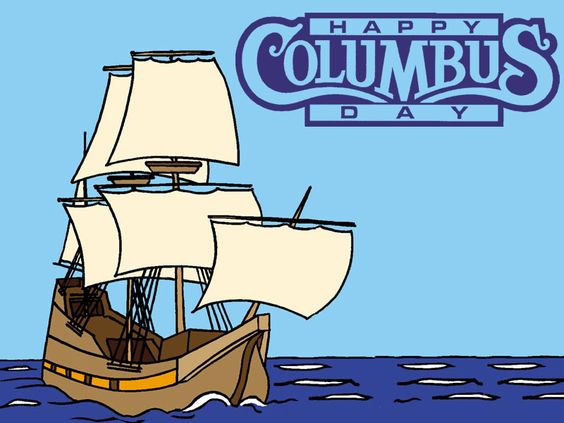 What Is Columbus Day?

Columbus Day is a national holiday in the United States commemorating Christopher Columbus’ 1492 voyage to the Americas. It first became a federal holiday back in 1934, but had been celebrated unofficially for years prior, dating back to at least the 18th century.

Who Was Christopher Columbus?

Christopher Columbus was an Italian explorer and navigator. We don’t know a whole lot about his early life, but do know he was born sometime before October 31, 1451. We also know he was mostly self-educated, coming to be well-versed in geography, astronomy, and history. From a young age, Columbus learned about the sea and traveled a lot. Later in life, driven by a desire to profit from the spice trade, he would become obsessed with finding a western sea route to China, India, and the rest of Asia.

In 1492, the joint Catholic Monarchs of Spain would agree to sponsor Columbus and his crew on a journey westward. Columbus would set sail in August of that year, leaving Spain with three ships. A couple months later, on October 12th, he landed on an island that is now part of the Bahamas.

Columbus and his men would go on to visit the islands of Cuba and Hispaniola. He would set up a settlement in what is now Haiti, the first European colony in the New World since the Norse came to North America in the 10th century.

(A misconception is that Columbus was the first European to “discover” America. He was not. The Vikings beat him by some 500 years.)

In March, 1493, Columbus would return to Spain a hero, bringing back with him gold, spices, and slaves. He would ultimately cross the Atlantic again three other times. It wasn’t until his third voyage that Columbus finally realized he wasn’t in Asia, but a whole new continent. He died in 1506.

The History of Columbus Day in the United States

The first known Columbus Day celebration took place in 1792, on the 300th anniversary of Columbus’ initial voyage. The festivities took place in New York, and were organized by the Tammany Society. Soon after, other parts of the country began to hold similar commemorations. Many of these occurred in Italian and Catholic communities, and often featured religious ceremonies and parades in his honor.

In 1892, for the 400th anniversary of the event, President Benjamin Harrison issued a proclamation encouraging all Americans to celebrate Columbus and his achievements. It was around this time that celebrations of Columbus shifted from being religious and ethnic-based, to more secular and patriotic.

When Is Columbus Day?